Announcing the Winners of the HERE Map Data Hackathon 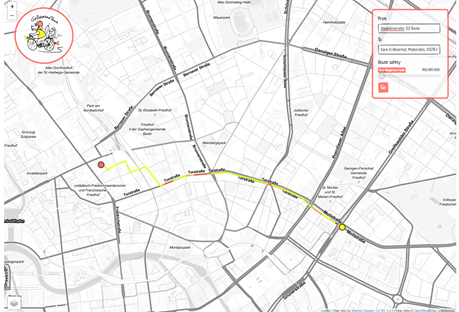 In October of 2020, HERE announced the launch of the HERE Map Data Hackathon. This was to help developer discover our latest offering, Data Layers which gives you access to our geographic data. Covering ten different layers of data for nearly seventy different cities around the world, Data Layers lets developers use their own tools to examine and build upon an incredible amount of map data. (See our introductory blog post for more information.)

The hackathon ran for about six weeks and we had a large number of fascinating entries from around the world. Today we're happy to announce the winners and their project, Gefahrradtour. Comprised of three individuals from Germany, Gefahrradtour is a fascinating look at combining map data with safety data. 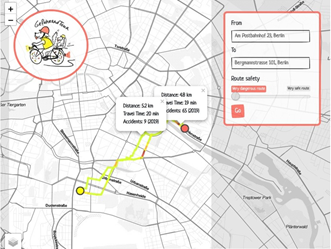 The Gefahrradtour team took public data on these accidents and HERE Data Layers information for Berlin and made use of R to create a method of determining not just the shortest route between two points but also the safest.

The web application lets you move a slider from quicker (and potentially most dangerous) to most safe. For example, here's a sample route that starts off with the quickest but dangerous route:

In the image above, you can see two portions of the route highlighted in red. Clicking on them provides more information: 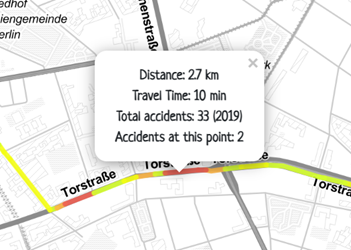 Compare this to the very safe route: 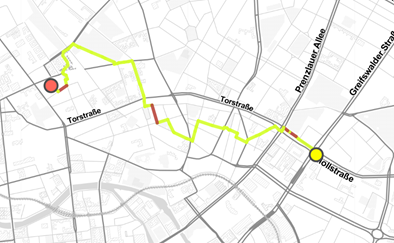 While there's still dangerous areas, overall it should be a safer route for the potential trip.

The team behind the submission included:

To learn more about the winning submission, you can see their post at the Hackathon as well as check out their GitHub repo: https://github.com/Emelieh21/Gefahrradtour And finally, they've got the application up and running here: https://emelieh21.shinyapps.io/Gefahrradtour/ Thanks to Emelie, Jasmin, and Jordan for a fascinating submission and congrats again on your win!