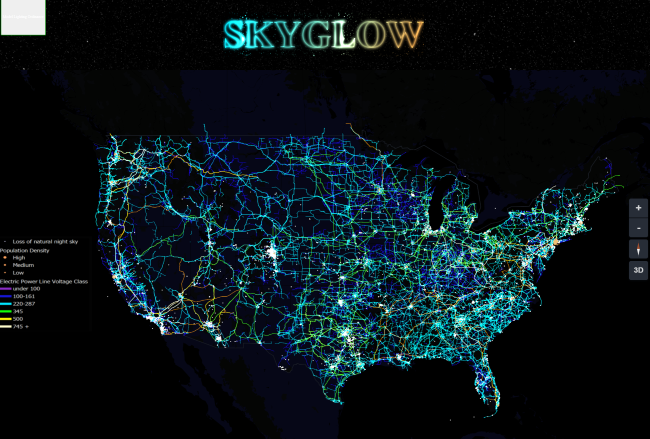 Last fall, HERE and Agorize ran a multiweek "mapathon" designed to encourage people to use build maps using their content and HERE XYZ. This was open to anyone (developer, designer, unicorn) across the planet.  To say that we were blown away by the participation would be an understatement. We had hundreds of entries (some representing individuals but most representing groups of people) from nearly every continent. These entries were eventually pared down to one hundred submissions that were reviewed by HERE and Agorize. After our review, we had ten finalists for the Mapathon that had a chance to do a final pitch (live) to a panel of judges. (That final event was streamed live and can be watched here.) In this blog, I'm going to review the first five finalists. I'll follow this up with another blog where I review the next four finalists and will wrap with a third entry talking about our winner. I hope you find these entries as inspiring and exciting as we did!

The first finalist used maps of "down here" to show what can interferes with "up there". This entry from Brittany Yee attempted to create a map of the impact of light pollution on the night time skies. This includes sources like building lights, advertising, and streetlights.

Yee thought by building a map showing skyglow (one particular form of light pollution) it might help governments find areas that could be targeted for improvement. Her map was easily one of the most impressive looking.

You can find her live demo running at https://here-mapathon-ece8f.firebaseapp.com/. More details about her project can be found here.

The Guardians group (made up of four team members) worked on an issue we saw multiple times in this content, the impact of flooding. They built a demo that attempted to simulate and forecast flooding impacts on urban environments, mixing elevation, soil type, and drainage data into their project. They added a timeline aspect to their final project that was very interesting as well. 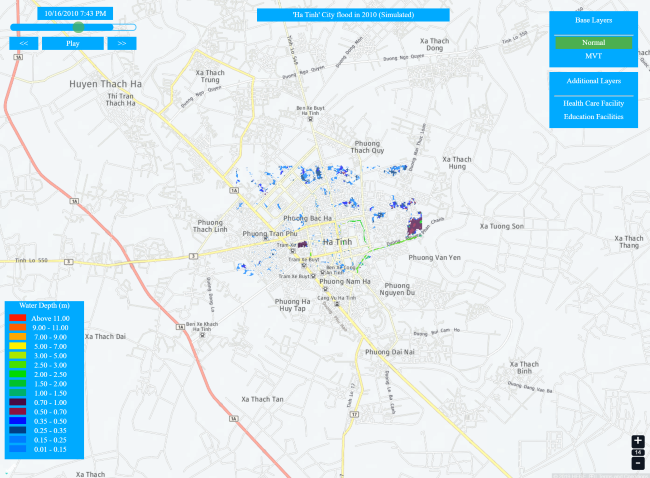 Our third entry comes from two developers looking to raise awareness of forest fires in Indonesia. Using their data they created multiple maps. The first mapped out fire hotspot distribution in Indonesia covering the time period of January to November 2019. The next map visualized smoke hazards over the same period. Their third map demonstrates areas that were prone to fires. The final map they created showed how many people lived in the areas affected by smoke hazards. 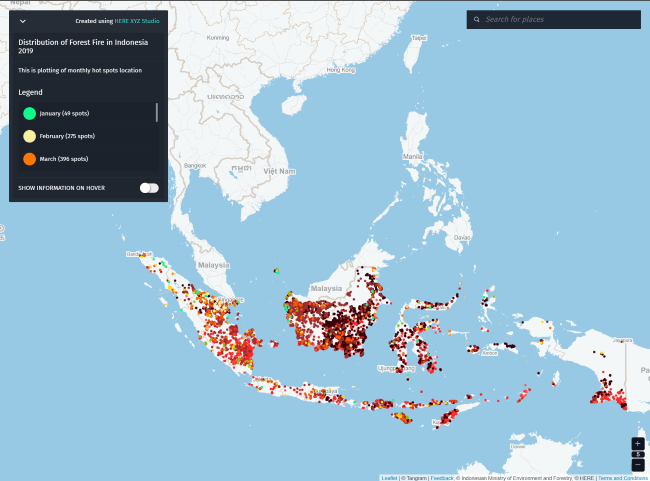 You can finds links for all of their maps and details on their project page.

This team of two have been working hard to help improve education about menstrual hygiene. Many women around the world struggle to get access to adequate information, to sanitary products, or to proper medical attention regarding women’s health. Lack of access to these essential aspects of women’s health can lead to “period deaths” due to lack of access, as well as myths and shaming brought on by cultural taboos.

Their project consisted of three maps. The first illustrated period deaths and their causes. The second map showed the location of social organizations dedicated to menstrual outreach and education. Their final map attempted to show where menstrual products could be acquired. 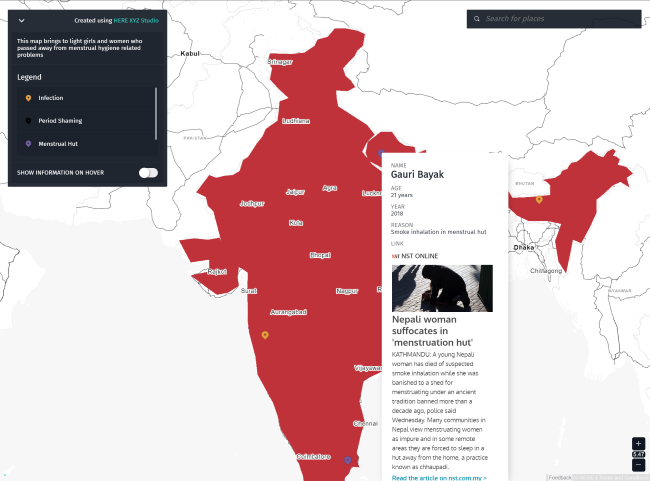 You can find links for all their maps and more information about the effort at their project page.

Finalist 5: Endeavoring to View Our World

The final entry we will look at this in blog is from a set of developers and engineers from an energy company in Australia. They mapped two different sets of data that ultimately combine to give a story about power access in the region they covered. The first detailed the loss of power due to storms over a time period. Their next map then shows coverage of solar power generation over time. 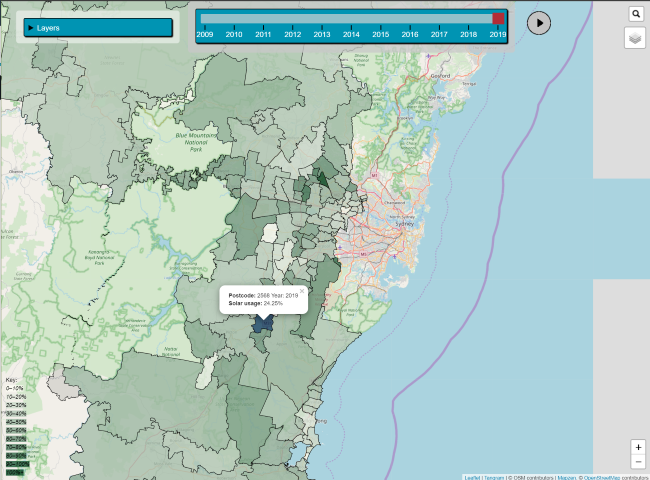 Their project information may be found here: https://matthewjparker.github.io/EndeavourEnergy/