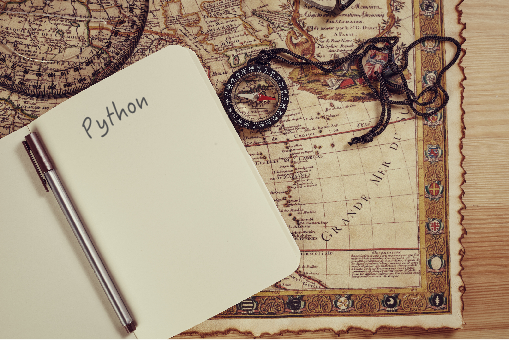 What is in your Top 5 travel destinations? I asked somebody this recently and the response surprised me. The answer was very specific and unfamiliar.

OK, I know Venice but I’m a software engineer in Northern California and haven’t studied geography in quite some time. I have to admit I have no idea where some of those places are.

Maybe you have found yourself reading a travel article that beautifully describes a glamourous locale, places to stay, visit, and where to eat. These articles can be swell, but a simple map can go a long way to add the context of place that some expertly crafted prose alone cannot do. If the author or publisher didn’t include a map for you, Python can help.

With the Twelve-Factor App the case is made that a best practice is to store config in the environment. I agree and like to store my API credentials in variables APP_ID_HERE and APP_CODE_HERE found in a file called HERE.sh.

I source it into my environment with . HERE.sh to avoid any hard-coded credentials accidentally being released with my source.

The web server component will need several files you can see summarized in the listing below. Start by running mkdir -p app/api_1_0.

If you aren’t using Virtual Environments for Python you should be. You can find more from the Hitchiker’s Guide to Python to get off on the right footing. You’ll want to initialize your environment with the libraries in requirements.txt which can be done with pip install -r requirements.txt if the requirements.txt contains the following dependencies.

We will use manage.py as the main entrypoint to our application. It looks like the following listing:

I’ve left out a few niceties like logging and printing the URL for brevity. This isn’t particularly interesting to our task and is just some housekeeping to run a simple server for our APIs.

The config.py is also important for pulling in some of those environment variables we’ll need to reference later.

Unlike other Python projects, our init files are pretty important on this one. In app/init.py we define the create_app function we saw in manage.py.

This gives us nice clean api versioning for any resources in our API. We also need to define app/api_1_0/init.py with some configuration

As you can see, we do need to make sure each library we create is identified as part of the blueprint.

To make sure our server is running properly we can add a quick healthcheck endpoint in the file app/api_1_0/healthcheck.py.

At this point we should be able to run python manage.py runserver and have proof of life. If you use your browser to go to http://localhost:8000/healthcheck we should get a response that confirms our server is up and has our app_id and app_code properly configured.

You may not want to display this once you hit production but is fine while we’re at a “hello world” stage.

For the purposes of getting started I will use a simple text file with just our locations from before.

For more complex data sets to test with I recommend just trying out something from the New York Times, Wall Street Journal, or BBC travel sections.

We need to extract text from HTML and tokenize any words found that might be a location. We will define a method to handle requests for the resource /tokens so that we can look at each step independently.

Before this will work, we need to download NLTK resources. This is a one-time operation you can do in an interactive python shell or by executing a simple script.

With this demo.py in place we can restart our server and call the following endpoint to get back a list of any terms that could potentially be locations.

For example, if you were looking at "Biking the Open Road in Colorado, With a Few Bumps Along the Way" this returns a response including terms like:

We’ve trimmed the wordcount down dramatically from the original article but there is still much more work that could be done to fine tune this recognition process. This is good enough for a first pass though without adding more complexity.  There is obviously still some noise and not all of these are locations, but that's what we can use the HERE Geocoder to help with.

The HERE Geocoder API very simply takes a human understandable location and turns it into geocordinates. If you put in an address, you get back latitude and longitude.

Here’s the listing for a geocoder endpoint:

Restart the python webserver and send a request for a city like “Gryfino”:

The response includes among other things the location I might put a marker to display this position on a map.

Finally, we’re going to take the latitude and longitude we received from our geocode request and generate a simple render with the HERE Map Image API.

For simplicity and brevity I haven’t included any of the error / response handling you should do here. I’ve also cheated a bit by just storing the image to the local filesystem for illustration.

Now by calling this endpoint with a comma-separated list of latitude, longitude pairs it will return a map with all of the locations having markers. 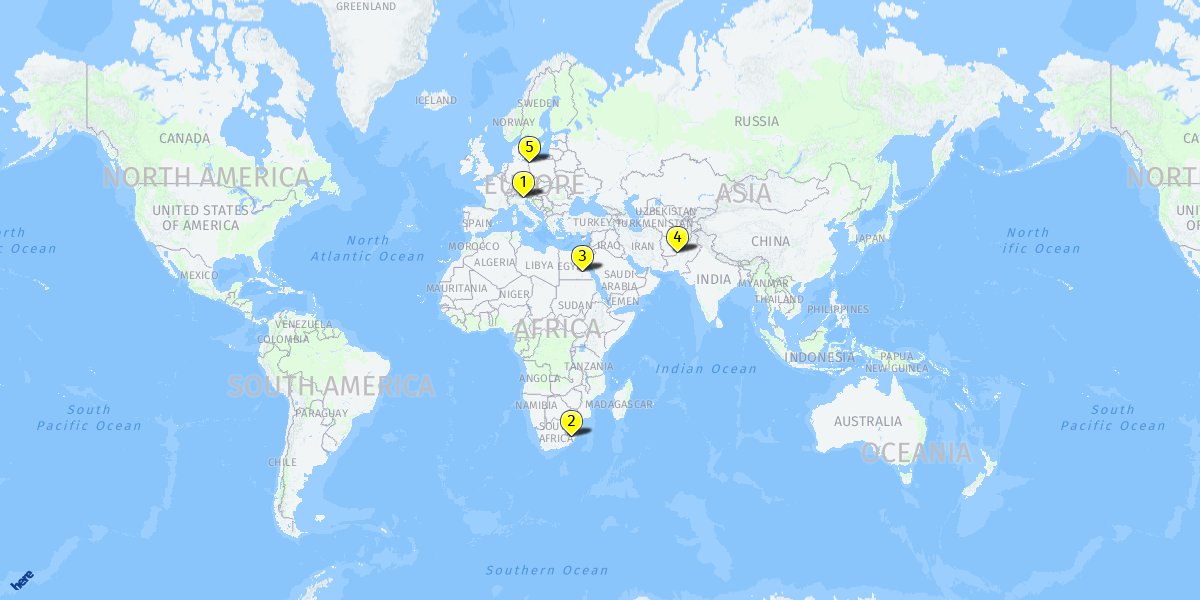 Place names without additional context can be ambiguous so in some cases there was more than one match.  This map is only showing the first match, despite how much fun Venice beach may be.

The reason for making /tokens, /geocode, and /mapview separate endpoints is that this illustrates how you might setup microservices with Python + Flask for each operation you want to perform. This would allow a deployment to scale them independently.

You can find the full source code listing in the GitHub project.

For an extra dose of inception, try running the code and processing this article itself if you are still curious where to find Aswan and Gryfino.

Jayson is a Senior Developer Evangelist with HERE Technologies in Berkeley, CA. He writes about his location technology experiences related to Web, IoT, and Robotics projects using a variety of technologies like ReactJS, Python, and Cloud Foundry. Jayson is an active advocate for maker and open-source communities. You can also find him on Twitter (@jaysondelancey) or LinkedIn (in/jaysondelancey).